Learning how to speak Hebrew was the most difficult thing I have ever done. I would put it as more difficult than giving birth! Haha, okay… maybe not THAT difficult. But, it was difficult nonetheless. So difficult that I had a hard time really setting time aside to work on it.

Although I first decided to learn how to play the piano for my learning project, I thought it would be more fun to challenge myself. Especially because being Hebrew is part of my ancestry. Unfortunately I think I bit off more than I could chew. I do not know anyone who speaks it personally. My father spoke it as a child, but doesn’t anymore and his parents have both passed and they were the only fluent ones in my family.

In terms of my pre-assessment, I literally had nothing to go off of. Unless you consider words like, “Shalom!” which I feel like everyone knows? But, that is a huge generalization.

After all is said and done, I still don’t speak Hebrew. I would have to look at the words and their meanings in order to translate. I believe if I was able to practice with someone on a regular basis, it would be easier to remember. I know the University offers a language club, but, I believe it is only in French and English.

Looking back, I wish I would have stuck with piano, as I feel that my progress would have far outweighed my Hebrew progress. As I read and saw the progress of a few other students, I was a bit discouraged with my own, or lack thereof. But I was also inspired by one student in particular. Byron! Byron also decided to take on the piano for his learning project. One of his last posts was the introduction to a John Legend song. That was really impressive to me! Because of that, it has motivated me to try piano again.

Needless to say, Hebrew isn’t my cup of tea, especially right now, since I have other priorities. But, that isn’t to say that I would never try pursuing the language again in the future. It is something that would need a lot of my time and effort. I would also need to have more support in place, like a conversational partner. Because Hebrew is in my blood, it will always be a part of me and for that reason, I don’t think that desire to learn will ever completely go away.

As previously mentioned in my last learning project post, it was impossible for me to learn how to read traditional Hebrew without knowing symbols. So, instead of putting the cart before the horse, I figured I would try something a little more feasible and up my alley.

In this post, I would like to talk about the most commonly used words in Hebrew. These common words are the exact same as nearly every other language, except the word itself, is different.

Shalom – Literally means “peace” but also commonly used as a greeting or farewell, like hello and goodbye.

Sababa – Alright, this is your basic “cool”, “great”, “alright”. A word to use whenever you really feel like. I essentially see its’ use as similar to awesome in North American English. Want to go to the beach? Sababa. Want to ride bikes? Sababa. Want to make out on the roof? Sababa.

Beseder – When awesome is too much, but you don’t want to turn down that make-out session. This is a more neutral word for Okay, let’s do this.

Ma nishmá or Ma koreh – What’s up, what’s going on, what’s happening? Basically asking someone if they want to hang out with you and hoping they don’t have any prior plans.

Toda (also Toda Raba) – Thanks and “Thanks a lot!” This is a fun word to say because it sounds like you’re a 5-year-old who’s just finished a dance recital. Ta-da!

Be te’avon – If you like to eat, you’ll learn this one quick. It’s Hebrew for Bon Apetit!

L’chaim – The toast/cheers when you clink beer glasses, it translates “to life!”

Tov – When something goes well, say tov — it’s Hebrew for “good” and has plenty of uses in everyday conversations.

Mazel tov — Good fortune (literally) but you’ll know it as a congratulatory phrase from pop culture.

Last but not least, my favourite!

Ach shely (or Achi) – In American frats you’ve got “brah”, and in Israel, you’ve got ach shely. Roughly translates as “My Brother” (or Brother).

I imagine that some of you can recall hearing some of these words before, specifically Shalom! Or Mazel tov! These two phrases seem to be widely used in the film industry.

I think I will start using achi every time my daughter asks for a new LOL (please click this, and you will understand why) doll. Which will be daily!

Looks like I’ll be picking up Hebrew rather quickly.

I wanted to try learning Hebrew through an app. that is more accessible. So I concluded on Duolingo. I have used Duolingo in the past to help with my desire to learn French. I was taking French as a second language certificate through La Cité at the University of Regina, and we were encouraged to use apps as resources and to continue practicing outside of the classroom. I had a lot of success with it, so I figured would not try it with Hebrew! Not to mention, it is free – forever!

Unfortunately I found it incredibly difficult with Hebrew, as I have not yet learned how to write in Hebrew, since it is not the same as letters in English. I think when learning a new language, if its roots are similar to your native tongue, it will be easier to understand and translate. But when you are going from a language of letters to a language of symbols, it would be highly difficult.

I attached a video which I made on my phone with an app. called XRecorder to provide a visual and audio explanation. XRecorder was easy to use and very straight forward. I would recommend it, as it is free!

The last two weeks, I have been learning the Hebrew Alphabet. Interestingly enough, it has 22 letters and all of them are consonants. Each letter has its own sound and numerical value. Learning how to pronounce the first ten were my goal, as I had to learn that the pronunciation is different in Hebrew even if it is written in the English Alphabet. Hebrew is different in English as it writes from right-to-left.

In this audio clip – I have spoken the first ten consonants, which you can refer to as I speak. Don’t forget to follow along reading from right-to-left! Starting at Alef and ending at Teit.

Shalom! Change! Last week I had a change of heart. I originally was going to learn how to play the piano with my daughter. I chose this because her and I could learn together, but using different methods. If you read my previous learning project post, there is more detailed information.

However, after a few days, I had a revelation! Lately I have been more interested in learning about my family heritage. Although I am mixed with German, Jewish and Welsh; the entirety of my fathers side of the family are Ashkenazi Jews. What is an Ashkenazi Jew, you ask? These were Jews who migrated from the Middle East to Europe. For my family, Poland. Which is where the Holocaust mostly took place. You can read more about it via a scholarly journal here.

Because of the personal nature of being of Jewish descent, I have been inspired to learn Hebrew. Although my fathers side spoke a few different languages, such as Yiddish, German and English – I believe Hebrew will bring me closer to my cultural identity.

For brief background information, I have no previous experience learning the Hebrew language. I was born and raised speaking English. So this is completely new!

Here are some resources that I have come across thus far:

This first website called Learn Hebrew Online is very resourceful! There is the word in Hebrew, the English translation, as well as an audio of the word being spoken.

This youtube channel called Hebrew For Beginners is great because it provides the written form of Hebrew along with the explanation, by hand. Because I am a hands on learner, this will be great for my learning journey!

I imagine I will find more resources along the way. There are a few apps I am about to try and will provide a review of for my next post. 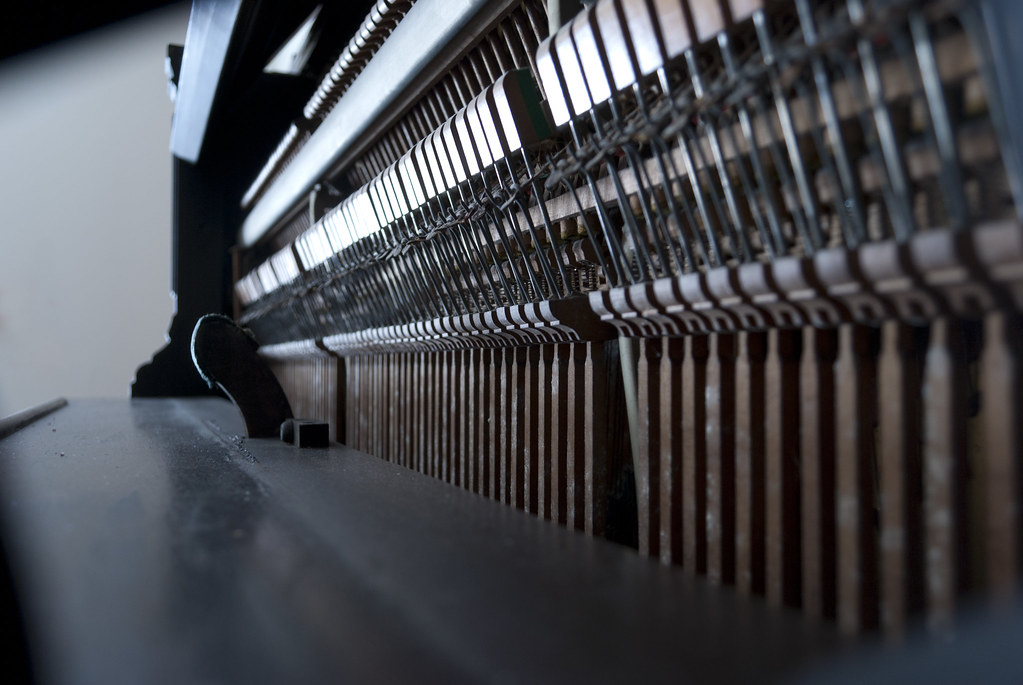 For my learning project I decided on the piano. I had taken a few lessons as a young child, but as quickly as I started, I quit. I lost interest after a few classes.

Therefore, my only skill regarding the piano is chopsticks. I know that’s a thing! But not the kind of thing I want to be stuck with.

I recently put my daughter in piano lessons, and I thought it would be a great time for me to try piano again. Although she will have a teacher guiding her through lessons, I will be using programs like youtube and websites that I have yet to find. Once I encounter the right websites that will help me with each level of learning, I will make sure to provide those resources. I will also like to record myself each week with what I have learned and what I hope to learn as I move forward.

Sidenote: I will be using a Cassio Keyboard to learn how to play the piano, as that is the only instrument I have at home at the moment.